Carl Warner’s Foodscapes: A Lesson on Playing with your Food

For the longest time I’ve had a note standing-by on the desktop of my computer screen. The note itself was a picture, something I’d seen in a magazine years ago, something that had so playfully captured my imagination

For the longest time I’ve had a note standing-by on the desktop of my computer screen. The note itself was a picture, something I’d seen in a magazine years ago, something that had so playfully captured my imagination that I had to know more – who made it, how was it made, was it real or digital. I stared at it for the longest time, like a kid would stare at a magic-eye poster. The picture was this: 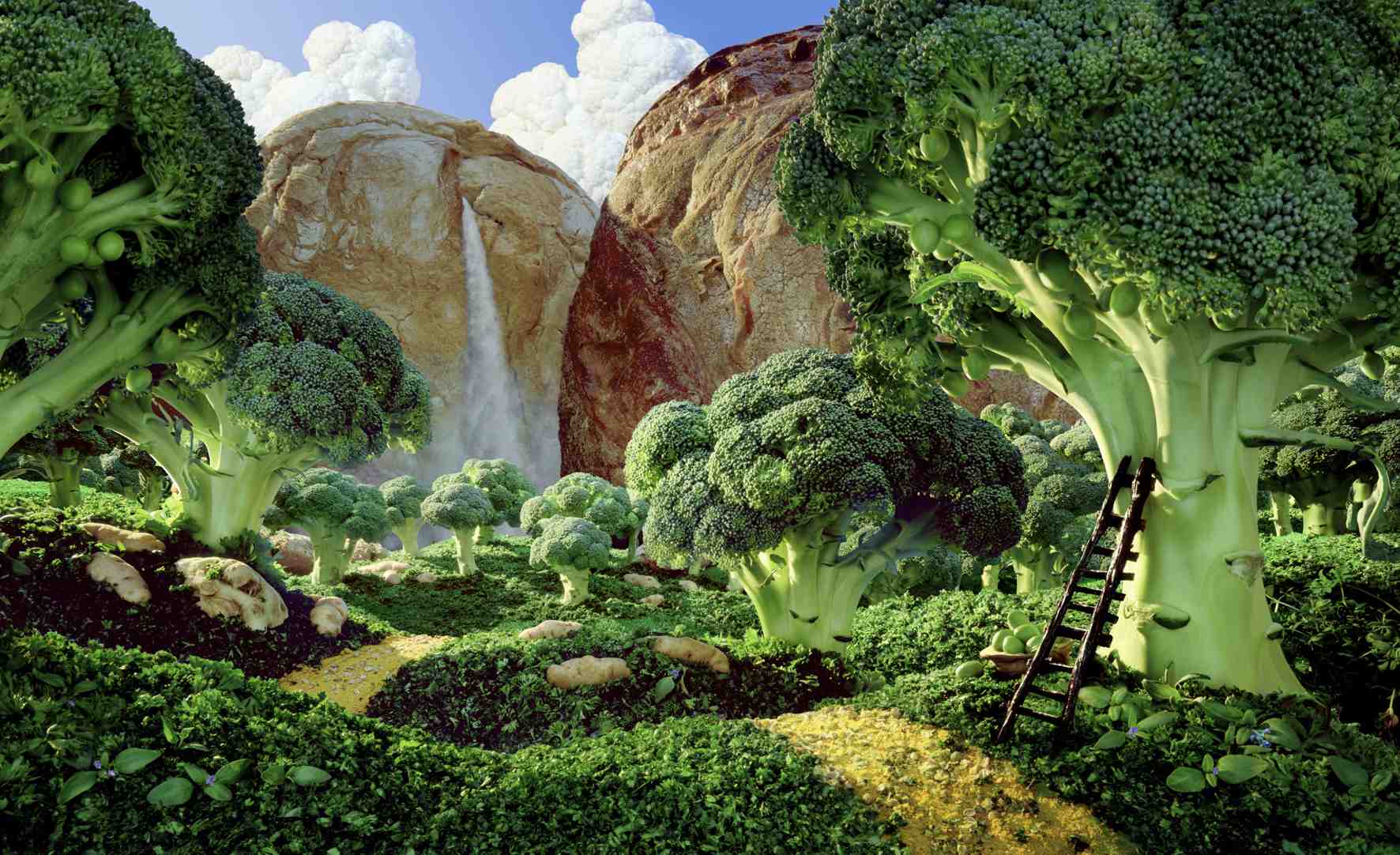 To my surprise I found out it was all real: real broccoli, real bread mountains, real herb shaped bushes, real potato rocks, real cauliflower in the sky. All made by a photographer named Carl Warner, who just happened to get the idea of making “foodscapes” one day while shopping around for groceries.

When Carl looks at food he see possibilities. To him, broccoli are miniature trees that can create vast forests of connected treetops. To him, Italian parmesan cheese wheels are rugged, plunging cliffs. To him, smoked salmon is the lapping water at sunset reflecting the blazing colors of the sky. In a sense, he’s just a big kid playing with his food, a man making “glorified flower arrangements”. Yet, he’s more than that. He’s an artist. An artist that makes you think about food and interact with food on a different level, on a level that captures our fondness for illusions and brain teasers and fairy tales all at once.

So, getting back to the note, I’ve always wanted to interview Carl Warner. Never knew how I would since he lives in England, an 8 hour flight from New York. But, lucky for me, I live in my own fantasy world where my wildest dreams come true. My good friend Melissa Zhang works for a PR company that is handling his ‘Foodscapes’ book tour here in the States. She called me up, on a whim, to see if I might be interested in doing a little piece on him. Well, folks, I said yes of course…so here it is…a lesson on playing with your food.

If you’re interested in buying a signed copy of Carl’s new book, you can find it at The Brooklyn Kitchen. It’s a great book, dissecting all the little details, hard work and materials that went into making some of his favorite foodscapes.

PREVIOUSThere’s A Lot of Strength in a Loaf of Bread: SCRATCHbread’s Mission for Delicious Campaign